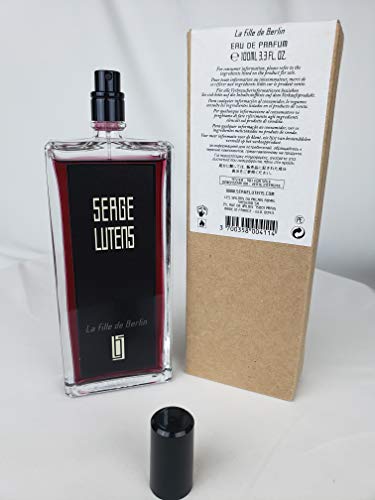 "The Girl from Berlin" is Serge Lutens's third tribute to the rose, and his second to the divas of yesteryear after the Palais Royal exclusive Une Voix Noire, inspired by Billie Holliday... This time, the model remains unnamed, but she is obviously a creature of the decadent 1920s in Berlin: a sleek-legged, smoky-eyed femme fatale. Louise Brooks as the amoral Lulu in Pandora's Box, a pre-Hollywood Marlene Dietrich crooning "Men cluster to me like moths around a flame" in The Blue Angel... And how couldn't they? This angel is not blue, but as red as the petals of a blood-gorged rose. Here, the flower is expressed at its richest: you can almost taste its jamminess, lifted with metallic hints of pink and black pepper. But its velvety flesh is also a woman's, musky, honeyed and dark. A riveting, take-no-prisoners sillage monster, La Fille de Berlin is Lutens at the top of his flamboyant form. So femme a man could rock it. So true to the flower no rose lover should be without it. So good it could even convert the rose-averse. Falling in love again, never wanted to... What I am to do? I can't help it. La Fille de Berlin Notes Rose, violet, pink and black pepper, musk
La Fille de Berlin is a unisex fragrance created by Serge Lutens 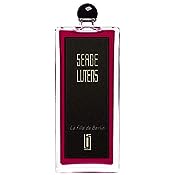